· Voi raises $115m in an oversubscribed  new financing round from investors led by the Raine Group and VNV Global, after a record year for operations
·
Voi has now raised $430m in total since it was founded three years ago

·
Voi’s mission is to provide a multi-modal transport platform that enables cities made for living through low carbon, first and last-mile solutions for urban transport

·
Voi’s mission is to deliver safe, sustainable and reliable micromobility for everyone 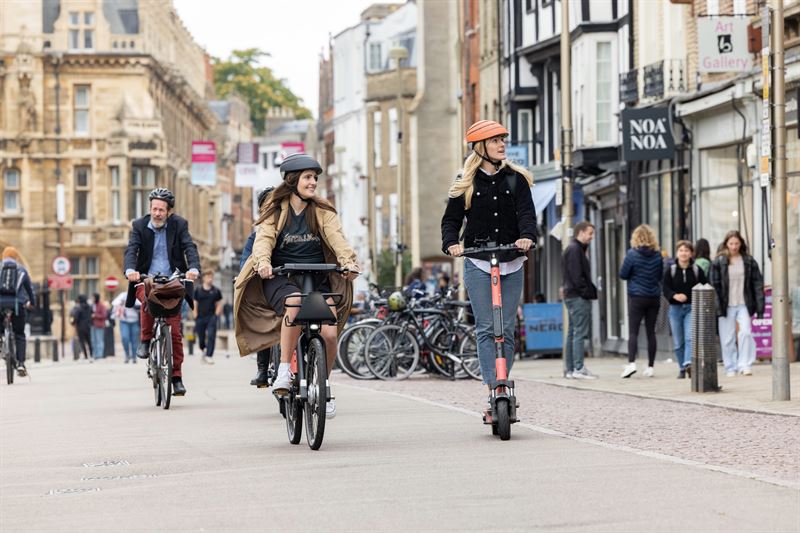 Stockholm, 21 December: Voi Technology - Europe’s leading micromobility operator - today announced that it has raised $115 million in an oversubscribed, convertible and debt financing round that will enable Voi to continue expanding its mobility platform into new markets next year.  Existing and new investors participated in a round led by Raine Group and VNV Global including Inbox Capital, Nordic Ninja, Stena Sessan, Kreos Capital and new investors Ilmarinen, Nineyards Equity and ICT Capital and others. Leading entrepreneurs and operators from King, Avito, BCG and more also participated in the fundraising round.

The round closed on the back of Voi’s best ever year, in which the company outperformed its peers and saw strong and growing demand for micromobility.

Number one in Europe
Voi achieved  140% year on year revenue growth in 2021,  as the company hit 90M+ rides since inception, while increasing margins and profitability. Voi also won more city tenders than any other operator in Europe, cementing its position as the most trusted micromobility partner across the continent. Voi beat peers to reach operational profitability company-wide during summer 2020 and continued to improve gross margins and rides per scooter as it extended into new markets in 2021.

Micromobility demand higher than ever
Voi’s achievements in 2021 have taken place against a backdrop where demand for micromobility is higher than ever. Towns and cities are under pressure to transform their transport operations and reduce the reliance on polluting private vehicles to meet their own net-zero emissions targets. E-scooters, e-bikes and other forms of micromobility are the best choice for towns and cities that want a sustainable, shared vehicle that integrates easily with public transport, reduces reliance on private cars, relieves congestion and cuts pollution.

Achieving a new vision of urban transport for Europe
The new funding will provide funds to continue expanding into new European markets and add more e-bikes to the Voi fleet. Voi has set an ambition to take one billion car trips off Europe’s roads by 2030 and expansion into new markets and solutions is integral to achieving this.  Voi will also launch Europe’s safest e-scooter model to date - the Voiager 5 - this spring as part of its commitment to achieving Vision Zero - no accidents.

Committed to sustainability
All this will take place with full commitment to achieving sustainability with Voi intending to have fully electric operational vehicles by early 2023. Also by 2023, Voi will use only battery cells produced in Europe, with a resulting 50% lower carbon footprint. The micromobility operator already sources its e-bikes from Europe and intends to source its e-scooters locally, as soon as that is possible. Voi became the first micromobility company to operate carbon-neutrally in 2020, building on its track record of pioneering sustainability initiatives including using renewable power and introducing swappable batteries ahead of competitors.

Fredrik Hjelm, co-founder and CEO of Voi Technology, said: “There is no doubting that micromobility is here to stay and Voi intends to be the go-to mobility platform in Europe for cities that want to give their residents and visitors an integrated, smart mode way to travel. Working closely with cities we are seeing a new vision of urban transport taking shape that is highly complementary to public transport. We are building the future of transport and we are committed to making every Voi town and city a better place to live.”

Jason Schretter, Partner and Head of EMEA at Raine Group, said:  “We are excited to continue our support of Voi in its efforts to bring safe and sustainable micromobility solutions to markets across Europe.  Since we first invested a year ago, Voi’s commitment to product innovation, operational efficiency and local partnerships have helped the company extend its leadership position in the region.  We welcome the support of new and returning investors in this round to help advance Voi’s efforts to partner with cities to help make the continent more green.”

Per Brilioth, CEO of VNV Global said: “Having invested in Voi since day one we are thrilled to see this three-year-old company establishing itself as the leading, most efficient micromobility operator in Europe. We are reaching a tipping point with micromobility where cities, led by their residents, are waking up to the full potential of this new mode of transport. Fully integrated with public transport, sustainably sourced and powered by renewable energy, Voi is putting itself far ahead of the competition as the grown-up, responsible operator-partner for cities.”

About Voi:
Founded in 2018, Voi is a Swedish micromobility company offering electric scooter sharing in partnership with cities and local communities. We believe e-scooters can play a central role in changing how people move in our cities in the future. And we want to make sure that the transformation happens the right way - through real innovative technology, open and transparent dialogue with cities and Governments and by adapting our products to local needs. Jump on a scooter whenever and ride wherever in the city in just minutes - completely carbon-neutral. Voi has been a carbon neutral company since January 2020 and has adopted the United Nations' Sustainable Development Goals (SDGs) as a guiding framework, and has also set a clear agenda for reducing and offsetting emissions.

Voi operates in +70 cities across 11 countries. It is headquartered in Stockholm and employs 1000 people. To date, Voi boasts more than 6 million users and has served 70+ million rides.